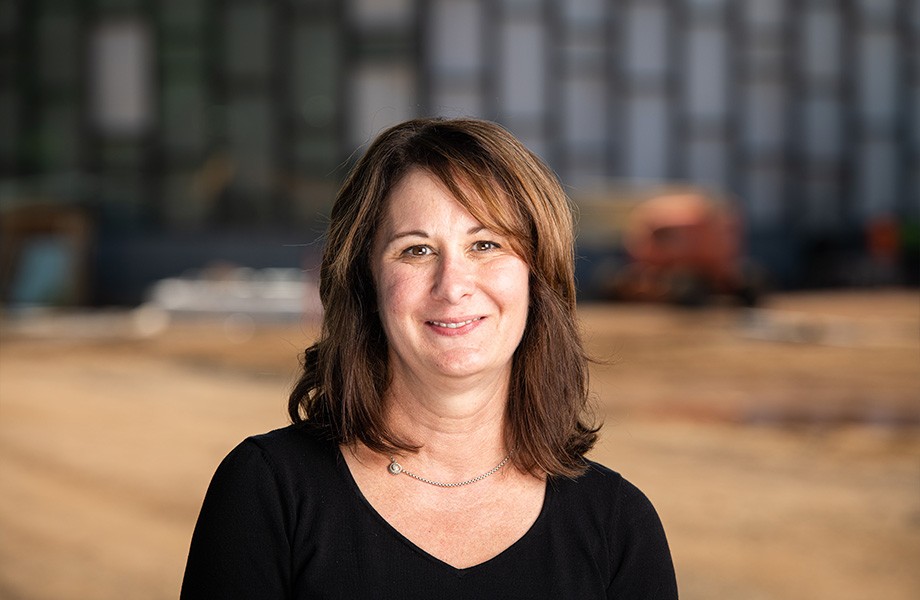 Construction Solutions Group (CSG), a growing owner’s representation and program management firm, is pleased to announce the hiring of senior project manager Marnie J. Liska. Her experience in the construction industry spans three decades, yielding an extensive resume of projects in the educational, institutional and commercial sectors garnered through various positions including project manager, project superintendent and owner’s representative. Her appointment to CSG supports their continued workload expansion and diversification.

Since joining the firm in July 2019, Liska has been actively supporting CSG’s multi-year contract to provide full-time, on-site program management services to the City of Norwalk. Work consists of over $170 million in new construction, facility additions/renovations and programmatic upgrades at schools throughout the district, as well as extensive improvements to the Maritime Aquarium, including the expansion of marine life exhibits and a new state-of-the-art 4D movie theater.

Liska's passion for construction began in 1988 while interning for her father’s mechanical contracting company in East Hartford. She recalls feeling inspired by a dynamic female project manager on one of his job sites. “I remember seeing her and saying to myself – that’s exactly what I want to do,” Liska describes.

Liska began her career as a Project Superintendent for national home builder US Homes in Englewood, Colorado. Her career quickly took off as she went on to become a project manager for Kmart Corporation’s in-house construction division. In this role, she was responsible for overseeing the construction of additions, renovations and new stores throughout the western United States. She returned to the east coast to manage the construction of three additional Kmart locations in Connecticut, including a Super Kmart department/grocery store in North Haven built by general contractor Fusco Builders.

Liska eventually left Kmart to serve as a project manager with Fusco Builders, where she completed seven school construction projects over the course of an eight-year period for the City of New Haven and Town of Ansonia. In 2003, she was hired by the Turner Construction Company as a Project Manager and completed the new Bristow Middle School in West Hartford and additions and renovations to various municipal projects including the West Hartford Police Station and Noah Webster Library. Marnie also served as the lead Project Engineer for West Hartford’s renowned $120M Blue Back Square mixed-use development project.

Liska returned to owner’s representation work in 2009 as a project manager for the Capitol Region Education Council’s (CREC’s) newly established in-house construction division, where she was responsible for overseeing the construction of new CREC magnet schools throughout the greater Hartford region. In this role, she also represented the Town of Bloomfield by serving as their owner’s representative on three school construction projects and providing move management services for the Town’s six-school re-districting program. During her tenure at CREC, she worked closely with CSG president Jim Giuliano and chief operating officer Roger LaFleur.

“We were working at such an aggressive pace back then, and Marnie hit the ground running. We know that she’ll do the same thing here at CSG,” describes Giuliano. “She knows construction and she knows the Connecticut public school market – she’s exactly the person we need as we continue to grow our business.”

Liska held past positions as senior project manager with Tishman Construction Corporation, The Morganti Group and Enfield Builders. She holds a Bachelor of Science in business administration in construction management from the University of Denver. She resides in Wethersfield.

Posted in the categories Employees, Announcements.

There are no articles posted this month.